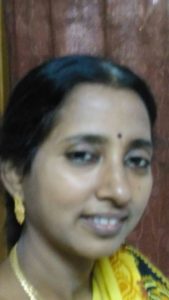 There is a lot of goodness in the world as well as unexpected badness in the world and also there is a lot of greatness which can not be reached there is a lot of vulgarity which cannot be tolerated there are lot of people who wish and try to change the present status of a human to a high status. There are lot of people who teachers the ways that can changes bad qualities into good. There are great people who gave good principles to make human life successful.
Among these great people, Sri Rama Krishna Paramahamsa was the one who was a great man in feelings these good principles. He proved in his real life that there is God we can worship God, we can talk with God, and he showed his life as an experi-ment. He said that Hindu religion the customs, traditions, of different people, Christian-ity, Islam traditions tells the ways where God can be find and also all the religions says that all are equal in any way. This is focused and agreed to the whole world. So that this book focuses to the whole man kind. The conversations of Sri Ramakrishna was published by his disciple Mahendranath Gupta in the form of five chapters in Vanga Language under the name of Sri Sri Ramakrishna Kathamruta. In Telugu this is brought by sri Swamy Tapasyanandaji and translated by organizers Pravrajika Syama Prana, during the period of 1976 to 1985.
The disciples of Ramakrishna like Swamy Vivekananda Swamy Ramakrishnandam, Saradananda, Maxmullar, Roma Rola, Arnold Toyonbi etc., explained the teachings of human Values of Ramakrishna decently. the speciality of this teaching is to tell that even in the critical situations faced in life support is to be given to fill happi-ness in sorrowful hearts.Sri Ramakrishna translated and gave the golden words of Mahendranath Gupta who ruled 1882 – 1886 Aug, for about 250 days. If we recollect the human preachings we can learn to lead our life with confident stability and potentiality definitely.
One of the Bhakta of R.K.p asked one question “If any one tries to damage us. What we must do ?” R K P told a story to him. “In a filed there is a poisonous snake. All are afraid about his snake. Suddenly one Brahmachari came to know about his snake and made the snake to believe in the God by some mantra on it. From that time the snake became a good one. Many children used to beat the rail of it, but even then it did not harm them and slept quietly. After some days the Brahmachari came again and called the snake. He saw it almost in the form of Skeliton and asked the reason for it. The Snake had forgotten about the Children also. Then he said to the snake I asked you not to bite, but not to made fear” So if anyone tries to harm us, we should make them fear but not harm.RKP told an example on Narendra “Vedas Tells about Holy bird. The bird flies high in the sky and puts eggs. As soon as the eggs falls, the children comes out of the eggs and gets wings. They know if they falldown they will die, so they fly with their wings and reaches its mother. “So in this story RKP said that in the life Journey of man knowledge is the best aim. RKP talking with Vivekananda he said, “One man made one peacock to eat drug at evening four, again the not day the peacock presents at the same time” This means good friendship our bad friendship makes a man to divert in different aspects.
A person asked RKP how do you find a wrothey master ? A master is like a wooden log that floats on water. A great log has the capacity to carry not only it self, but other needy beings also. while a pettily log floats it self and does not have the capacity to bear other things if such a log is depended upon their it surely sinks and also makes it s dependents sink.The sea called heart has emotions like anger, Lust, Jealousy, greed, attach-ment, Ego, Hatred etc., to overcome these not just knowledge but wisdom is re-quired. Once a farmer was worried about his field and drought conditions than he made a determination to dig a canal from his field to the water source. He started his work and in between his wife and daughter pleaded him to have food and then carry on with the work. But he was unperturbed and only after completing his work did he have his food. In the same condition another farmer got disturbed and could not accomplish his goal.

RKP tells about wealthy proud Once a frog managed to procure a rupee. After ownings a rupee it became proud of it self and in its pride lost his senses. An elephant happens to pass by the frog furiously lifts its begs from its hole and address the elephant as “How dare your pass over me” but the great elephant doesn’t care a bit and goes on its way.
RKP has explained excellently about control of senses. By adopting the path of Bhakthi the geneses are subsided automatically. As Devotion and Love towards God increases the human tosses altercations for sense objects. If a humble couple lose their only child, They cannot think about sense pleasures. The fruits we get are a result of our own actions to demonstrate this RKP gave a story. Once two friends were walking along when they come across a religious discourse one of them Joined the crowd while the other friend did not find it. interesting and end up at a prostitute house. Both the friends were thinking about each other ambience. After their death the first fellow was taken to hell while the second fellow was taken to heaven because his thoughts were dwellings on prius gatherings.
If we have strong determination desires only, the earthly feelings will go away and spiritual thoughts will emerge. The beejaksharas (holy letters) of God’s name have great magical power in them. The seed is smooth, and the bud looks tender yet, it breaks the solid earth and comes out. The broken soil gives way to the bud, with such mystic words, he delivered messages that could clean the souls of people with false /fake behaviors. Ramakrishna Paramahamsa once gave a message to his devotee thus “By being in the family one can detach himself from the result of an action, if the action is action without desire (Nimkawa karma). If we oil our hands and then cut open the Jack fruit, the gum cannot be sticked to our fingers similarly, a poor lady who is working in a worthy family, always thinks about her family only, unattached by wealth around her.
This is what called “Nishkama karma” (Action without desire) or Manasika paritkyagam (Psychological detachment). If we part lone hand on family responsi-bilities and the other hand on the feet of God , we will be benefited on both ways. One can attract a child by giving a sugar candy or toys , but after eating the candy and playing with the toys, the child inevitably demands for mother, in the same manner, after enjoying all the worldly pleasures, man has to walk towards the path of infinite peace. Good company is very important. The closer we are to Ganga river, the cooler we feel. By continuing in family affairs, we need to divert our mind towards the spiritual super power. The mind which is filled with lust is like a wet matchstick. It cannot be burnt how much you may try. Ekalavya became a skillful archber b y keeping the much statue of Guru Dronacharya before him. The person who cuts the trees can explore and meet with Sandalwood, Silver, Gold, and diamond lines with his continuous efforts only. Family life has many problems, many burdens. One one side, there are blow by spade, on another side, there are blows b y a broom , and on one more side, there are blows by sandals. But in loneliness, we need to look into ourselves..
A glodsmith makes Jewelllesy by melting gold with concentrated efforts. If he is disturbed how can he make the Jewellesyh? to remove bulk from grains, onehas to work in concentration land alone. We need to apply these examples to our lives too .Family devotees generally stick to their devotion as long as they perform puja. But later, they come back to their original state-which is full of Rajoguna & Tamoguna . Human life becomes fruitful when we make the spirituality as part of our life. Thus, Ramakrishna Paramahamsa has declared that the behaviours of human beings are influenced by their mental conditions. If the mind is turned towards a great goal, then we get a respectable social life and infinite peace. This was ex-plained well by Ramakrishna with many examples.