Introduction : We need good quality of life which inturns depends on good environment. Women have an integral relation with the environment and they involve in environmental protection and sustainable development. Women perform all household duties like cleaning the house, cooking, washing cloths and they take care of family health and wealth. Women are the main victims of environmental pollution . Education in women is very essential to minimize the experiences and incidences of most of the water, food and airborne diseases. Women are not having decision making authority and their position was lowered in society. It shows adverse effects on income, nutrition, health, social support networks and domestic knowledge. Women are practically close to environment. They are able to realize environmental issues better. It is very necessary to consider their views in planning to save the environment and implementing projects. Many women have contributed greatly to the environmental conservation movements. The present paper covers the worthless efforts of visionary women in environmental protection.
VISIONARY WOMEN IN ENVIRONMENTAL MOVEMENTS :
In Chipko movement, Gaura Devi protested determinedly against the commercial deforestration in Himalayas. The aim of the movement is saving trees and planting ecologically appropriate trees. Narmada Bachao Andolan (NBA) is an Indian social movement spearheaded by native tribals, farmers, environmentalists and humanrights activists against dam projects across river Narmada which flows through the states of Gujarat, Madhyapradesh and Maharashtra. In Sardar Sarovar dam in Gujarat is one of the biggest dams on the narmada river. In 1985, Medha Patkar and her colleagues visited Sardar Sarovar dam project site. After several studies, they realized that the officials had overlooked the post problems of local people. To get justice to victims Medha Patkar protest against dam construction by fasting for 22 days and satyagrahas. Medha Patkar and Baba Amte have received the Right Livelihood Award in 1991. Booker Prize winner Arundhati Roy supported the Narmada Bachao Andolan (NBA).

Vandana Shiva :
Vandana Shiva was born on November 5, 1952, in India. Vandana Shiva has a B.S. in Physics, a M.A. in philosophy from the University of Guelph (Ontario, Canada) and received her Ph.D. from the University of Western Ontario in Quantum Theory Physics. Vandana Shiva is an environmental scholar and activist who campaigns for women in India as well as around the world. As a physicist-environmentalist adhering to ecofeminism. Vandana Shiva has published numerous papers on the unequal burden placed on women by environmental degradation, stating that women and children “bore the costs but were excluded from the benefits” of development. Vandana Shiva is also an active voice for localized, organic agriculture. She began a movement entitled Navdanya where participating Indian farmers have created ‘freedom zones’ to revitalize an organic food market in India. She has received many honorary degrees awards. In 1993 she received the Right Livelihood Award. In 2010 Sydney Peace Prize and in 2011 she received the Calgary Peace Prize. In addition, Vandana Shiva was named “one of the 7 most influential women in the world” by Forbes. 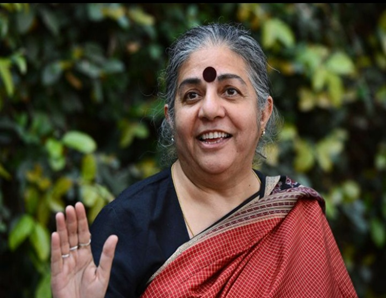 Mei Ng :
Mei Ng was born in Hong kong, China and she received her B.A in Anthropology from the University of California, Berkeley, in 1972. She has worked diligently to promote environmental awareness throughout China. Mei Ng is an advocate of responsible consumption, renewable energy utilization and sustainable development through the women and youth of China. She works to mobilize women to defend the environment and to bring environmental education to all parts of China. She previously held the position of Director for Friends of the Earth (HK) in Hong Kong, an environmental organization which seeks to encourage environmental protection in China. In 2001, she was appointed to the Advisory Council on the Environment. In 2002, Mei Ng was elected to the United Nations Global 500 Roll of Honor on World Environment Day. Also in 2002, she was appointed by the Chinese State Environmental Protection Agency as China Environment Envoy. In 2003, the Hong Kong SAR Government awarded her the Bronze Bauhinia Star, and in 2004, she was appointed to become a member of the Harbour Enhancement Committee. She founded the Earth Station, Hong Kong’s first renewable energy education center, which has been well received by policy makers and citizens alike. 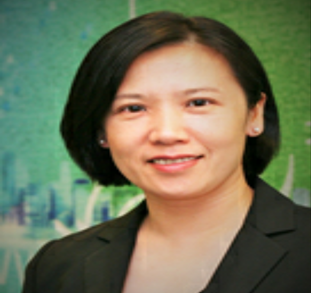 Wangari Muta Maathai :
In 1940 Wangari Maathai was born in Nyeri, Kenya. She attended Mount St. Scholastica College in Kansas and received her degree in biological sciences in 1964. This was a part of the 1960 ‘Kennedy Airlift’ which brought 300 Kenyans (including Barack Obama’s father Barack Obama, Sr.) to the United States to study at American universities. She then obtained her M.S. from University of Pittsburgh in 1966 and her Ph.D. from the University of Nairobi. She was the first woman in East and Central Africa to earn a doctorate degree. Wangari Maathai was an advocate for human rights, preaching the necessity for democracy. Her passion for environmental conservation lead her to found the Greenbelt Movement in 1977. Wangari Maathai’s personal life was turbulent with divorce and jailings, as well as constant confrontations with the Kenyan government. Her push to protect national land from development made her less than favorable to Kenyan president Daniel arap Moi, who served from 1978 to 2002. In 2004, Wangari Maathai received the Nobel Peace Prize, making her the first African woman to win . On September 25, 2011 Wangari Maathai died of ovarian cancer. BBC World News noted this as a ‘Death of Visionary. 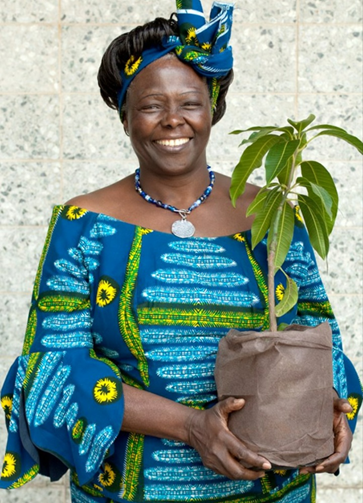 Maria Cherkasova:
Maria Cherkasova (1938) is a Russian journalist, ecologist, and director of Centre for Independent Ecological Programmers (CIEP). She is known for coordinating a 4-year campaign to stop construction of hydro-electric dam on the Katun River. After Cherkasova’s involvement in the student movement on environmental protection in the 1960s, she began to work for the Red Data Book for the Department of Environmental Protection Institute. She researched and preserved rare species until she became the editor of USSR Red Data Book. She co-founded the Socio-Ecological Union, which has become the largest ecological NGO in the former Soviet Union. In 1990, she became director of CIEP, which arrange and drives activities in an extensive range of ecologically related areas on both domestic and international fronts. Cherkasova recently has shifted her focus on protecting children’s rights to live in a healthy environment and speaks for them both inside and outside Russia. 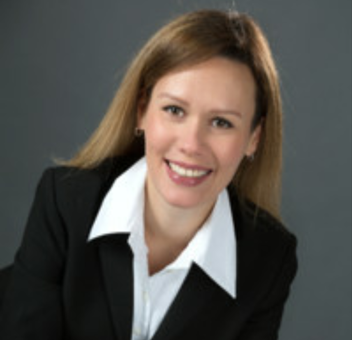 Rachel Carson :
Rachel Carson (1907–1964) was an American scientist, writer, and ecologist. Rachel Carson went to the Pennsylvania College for Women, majoring in English, but she was inspired by her biology teacher so she switched her major to biology. She became more interested and focused on the sea while she was working at the Marine Biological Laboratories in Massachusetts. Her eloquent prose let to the publication of her first book, Under the Sea-Wind: a Naturalists’ Picture of Ocean Life, in 1941. In 1949 she became chief editor of the Fish and wildlife service (FWS). Her second book, The Sea Around Us, won the National Book Award and sold more than 200,000 copies. After that she retired from FWS and became a full-time writer. After her third and final book about the sea, The Edge of the Sea, Carson focused on effects of chemicals and pesticides on the environment. That is when she wrote her book about environment, Silent Spring. The book was about what man has done to the nature and eventually to himself, and started a modern environmental movement. Carson believed that humanity and nature are mutually dependent on each other. She argued that industrial activities such as pesticides use can damages the earth ecosystem and will have far-reaching ecological consequences such as future human health problems. Today, scientific studies have demonstrated these consequences. 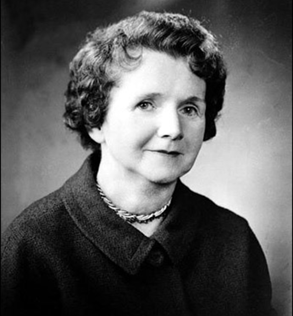 Rachel Carson
Jane Goodall:
Jane Goodall (1934) is a female environmentalist most well known for her chimpanzee study, in which she lived among the primates. She became interested in animals as a young child and spent her early adulthood saving money to fund her dream of taking a trip to Africa. Her position as secretary to Louis Leakey led to her participation in several anthropological digs and animal studies, and eventually she was selected to study chimpanzee behavior in Tanzania. She made several discoveries about the behavior of chimpanzees on these studies and is credited with discovering the chimpanzee behavior of eating meet and creating tools. She published a book about the study entitled In the Shadow of Man. She is also known for her activism, promoting the preservation of wild chimpanzee environments and opposing the use of animals in research. She has received numerous awards for her achievements and owns the Jane Goodall Institute for Wildlife Research, Education, and Conservation, a nonprofit organization. 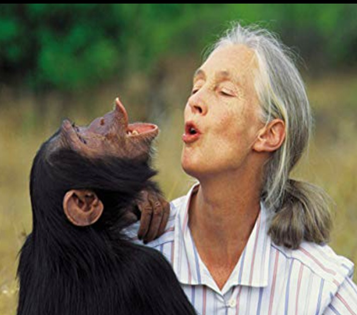 Conclusion : Women played great roles in environmental protection. According to the World Bank in 1991, Women play an essential role in the management of natural resources, including soil, water, forests and energy and often have a profound traditional and contemporary knowledge of the natural world around them. Previously women were neglected or ignored. Recently there was increasing attention paid to the impact of women on the natural environment and in return the effects of the environment has on the health and well being of women. The gender environmental relations have valuable ramifications in regard to the understanding of nature between men and women, the management and distribution of resources and responsibilities and also the day to day life and wellbeing of people.
References :
1. Tiondi, T. (2001). Women, environment and development: Sub-Saharan Africa and Latin America (Theses and Dissertations). Paper 1549.
2. “The Global Development Research Center”. Retrieved 2012-04-10.
3. “Gender and the Environment”.
4. Environment and Planning D: Society and Space 2011, volume 29, pages 237–253
5. Harcourt, Wendy (1994). Feminist Perspectives on Sustainable Development. International Society for Development.
6. Beneria, Lourdes (2016). Gender, Development and Globalization: Economics as if all people mattered. New York: Routledge. pp. 1–6. ISBN 978-0415537490.
7. Braidotti, Rosi (1994). Women, the Environment, and Sustainable Development. Zed Books in association with INSTRAW.
8. Schultz, Irmgard; et al. (2001). “Research on Gender, the Environment and Sustainable Development”. Institut für Sozial-ökologische.
9. Leach, Melissa (January 31, 2007). “. Earth Mother Myths and Other Ecofeminist Fables: How a Strategic Notion Rose and Fell”. Development and Change. 38 (1): 67–85. doi:10.1111/j.1467-7660.2007.00403.x.
10. “Missing Women in Agriculture Reforms”. Economic and Political Weekly. February 23, 2002.
11. Agarwal, B. (Spring 1992). “The gender and environment debate: lessons from India”. Feminist Studies. 18 (1): 119–158. doi:10.2307/3178217JSTOR3178217
12. Agarwal, B. (1998). “Disinherited peasants, disadvantaged workers: a gender perspective on land and livelihood”. Economic and Political Weekly. 33 (13 (Mar. 26 – Apr. 3, 1998)): A2–A14. JSTOR 4406578.
13. Jiggins, J. (2004). Changing the boundaries: Women-centered perspectives on population & the environment. Covelo, Ca: Island Press.
14. Lastarria-Cornhiel, S. (2006). Feminization of Agriculture: Trends and Driving Forces. Santiago: RIMISP.
15. Boserup, E. (1970). Woman’s Role in Economic Development. Male and female farming systems (15–65).
16. Steady, Filomina Chioma (2014). “Women, Climate Change, and Liberation in Africa”. Race, Gender & Class. 21: 312–333 – via ProQuest.